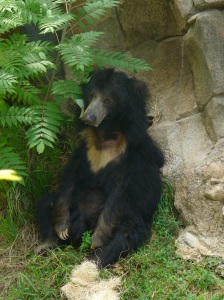 Since our B&B this time was a block from the National Zoo, we spent some time there Friday morning before heading home. We got there right when the zoo opened, before the steamy August heat got too bad, so the animals were also enjoying the cool morning. I think I got some pretty good pics. 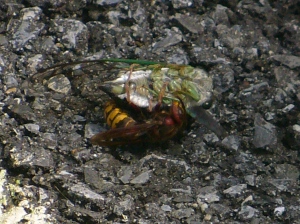 We had just read an informational plaque about the Cicada Killer wasp, and as we hiked up the hill toward the Amazonia exhibit we heard a strange brrrr, followed the sound down near our feet, and got to watch the entire capture and kill of a cicada. Cicadas are a very noisy presence in DC in August, so these wasps have plenty of prey. They nab the cicadas out of mid-air up in the trees, bring them to the ground, and sting and sting until the larger insect stops buzzing and is still. Then the wasp efficiently dismembers the cicada and carries the body back to its home to feed itself and its brood. We felt like we were watching National Geographic or something. 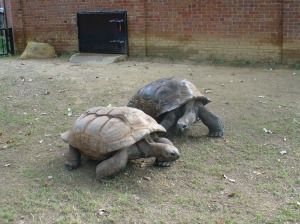 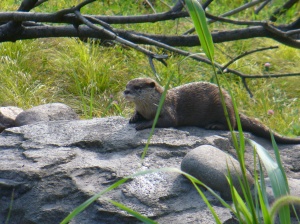 When we went back past the panda habitat at the end of our walk, she (I think?) was being very reclusive for the crowds of people who were there by that time, so we were really glad we had come so early and saw the animals before they crept back into their shady nooks.

And remember, it's always free to get in to the National Zoo!