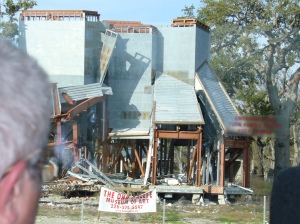 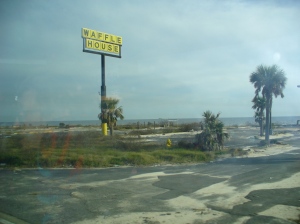 On Monday after we ate lunch at Camp Victor, we all loaded into the coach bus for a tour of Gulfport and Biloxi. The purpose was to give us an idea of the scope of devastation and how things still are, since there isn't much destruction in evidence in the parts of Ocean Springs we had driven through to that point. Here are some photos, which are pretty amazing, considering how long it's been since the storm. 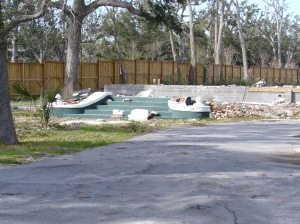 One of the young men in our group had been living in Ocean Springs when Katrina hit, and his family moved to the Pittsburgh area where they had relatives. They've been there since, and have still not decided what to do about their house, but he says it will probably need to be demolished. He got on the bus mic and narrated for us as we drove through Biloxi, telling us what used to be where. 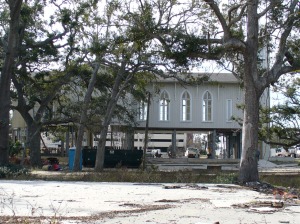 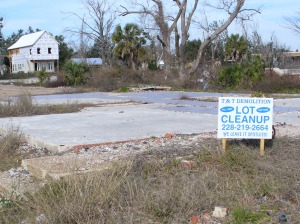 "They" estimate that it will be about 10 years till things are back to "normal", although clearly Normal will be something different than it once was.

2 thoughts on “Biloxi – 17 months after Katrina”