Saturday morning we walked down Australia St to a little cafe we'd spotted on our way home the night before. Great breakfast food and coffees, very busy, lots of women having coffees or food after exercising at a local center of some sort apparently. It was a beautiful morning, although there was a downpour while we ate, which caused everyone to rush back into the cafe from the sidewalk.

Then we walked to the train station on King St, and bought all-day transit passes for $16 each, as we had read about online from our rooms. We got off the double-decker train at King's Quay, which was a pretty major station in the city, with ferry docks right there. We were just in time to get a ferry to Watson's Bay, which we'd decided on just because it was one of the furthest out toward the ocean. 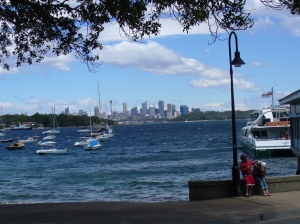 We walked up to The Gap Bluff National Park, and walked along the bluff for a while. 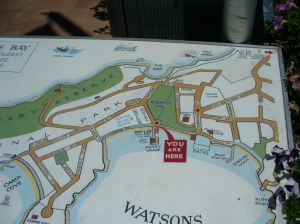 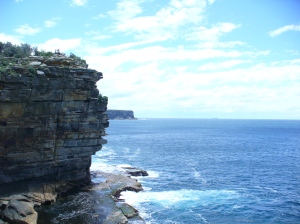 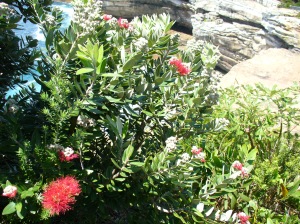 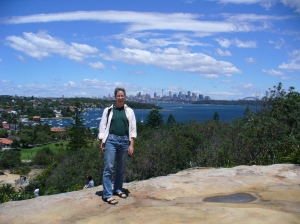 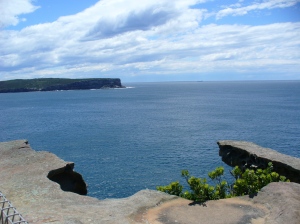 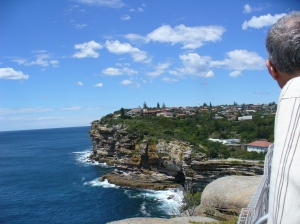 We caught the next ferry back to the city. Despite the chilly wind, we sat on the upper deck this time, so we could get some good photos of the city… 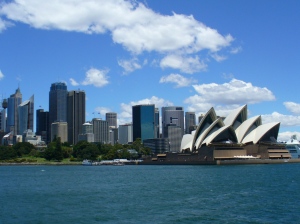 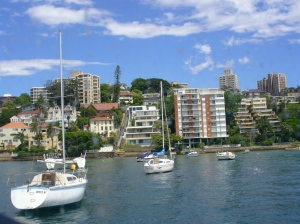 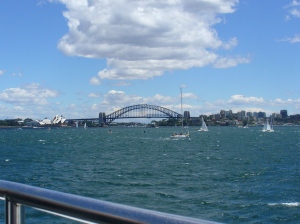 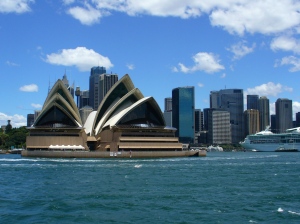 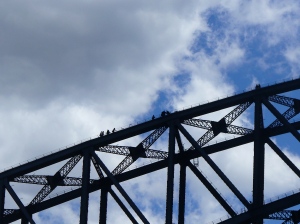