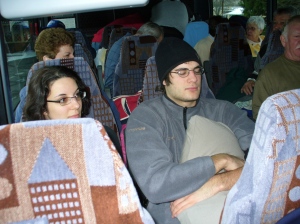 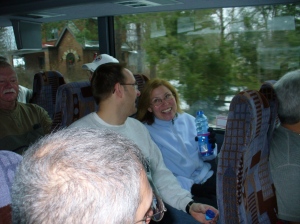 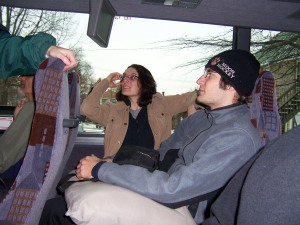 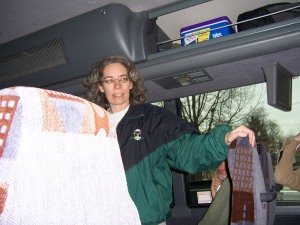 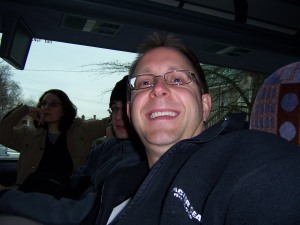 Bruce and Denise arrived at our house around 9:15, and we headed down to the Synod office. Thanks to my Dad for again playing chauffeur… 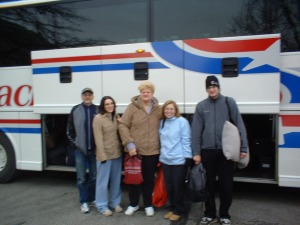 As a very lovely little surprise, Pastor Peggy and her whole family arrived to see us off!

Lunch was around 1:30 at a Wendy's in West Virginia. 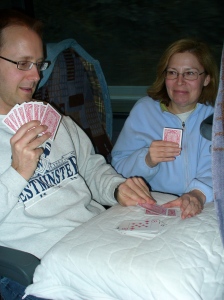 Massive 4-player game of Super Crazy Eights through Virginia… played on our special self-leveling pillow table. We didn't time it, but one hand had to have lasted about an hour! 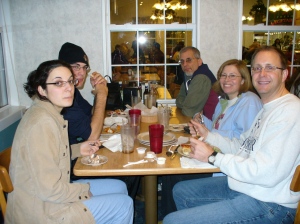 Feeding time at the "Golden Trough" somewhere in Tennessee. Note the extra spoons that had to be "walked" to our table by the server to earn his prepaid 15%. There were some things that weren't too too bad, I guess.

The bus driver tried to pull in a radio station playing the Steelers game, but it was pretty sporadic. Denise was getting updates from her friend who went to the game on her ticket, and I got some on my cell internet, but as we all know, it was another disappointing night for Steelers Nation… but on the bright side (and there always is one), it's hockey season and the Pens won!

Lots of attempts at sleeping went on after that, but mostly unsuccessful, by everyone's reports in the morning. Except for Denise, who soundly slept through the midnight rest stop.

Apparently the Cracker Barrel where the driver planned to stop for breakfast was still closed at 5:30am since he made better time than expected, so we stopped at one in Gulfport at 6:45 – basically at our destination! 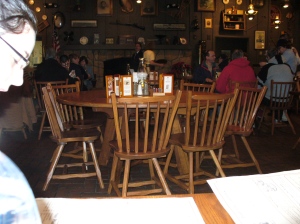 Here's the table we weren't allowed to sit at because it didn't have silverware… so we had to sit at separate tables. I refrained from taking a photo of our bleary selves after 21 hours on a bus! Breakfast was pretty good, though a little heavy, and my juice glass wasn't clean. So far it feels like we've mostly eaten on this trip… 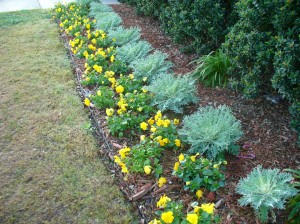 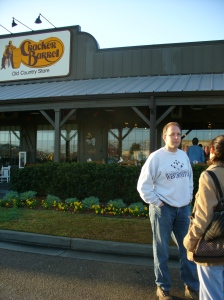 The nice warm sunshine sure felt nice on our faces this morning! 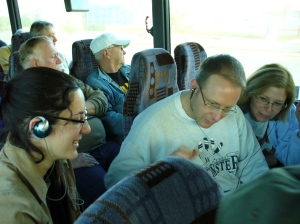