Alex took us by City Cat to the Saturday open-air markets on the South Bank and at an area called Riverside. The South Bank market had a special area that day for booths from the Granite Mountain region (wines and cheeses), so we did some wine tasting (surprise…) at a couple booths, and bought a bottle of Verdelho with plans of drinking it out on the deck of our lake house later in the week. 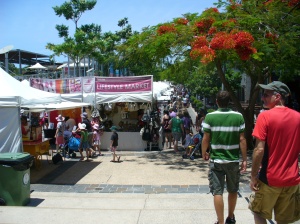 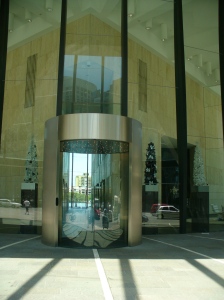 VERY hot and humid! We stopped for some ginger beers and watched the band Jigger play for a bit.

We also talked for quite a while with an aboriginal artist, Charlie Chambers, who had a booth there – he explained to us the meanings of all his pieces… very interesting! His carved emu eggs were especially fascinating.

Then we headed back to our apartment for a little siesta and deciding about dinner.